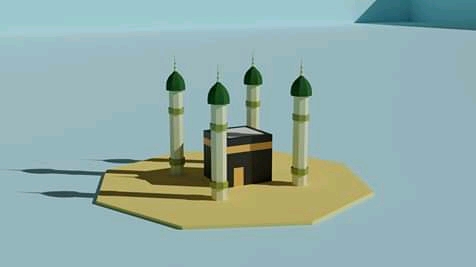 The Kaaba (Arabic: كَعْبَة‎ kaʿbah IPA: [kaʕba], “Cube”), also referred to as al-Kaʿbah al-Musharrafah (Arabic: ٱلْكَعْبَة ٱلْمُشَرَّفَة‎, the Holy Ka’bah), is a building at the center of Islam’s most important mosque, Great Mosque of Mecca (Arabic: ٱلْمَسْجِد ٱلْحَرَام‎, The Sacred Mosque), in the Hejazi city of Mecca, Saudi Arabia. It is the most sacred site in Islam. It is considered by Muslims to be the Bayt Allāh (Arabic: بَيْت ٱلله‎, “House of God”), and has a similar role to the Tabernacle and Holy of Holies in Judaism. Its location determines the qiblah (Arabic: قِبْلَة‎, direction of prayer). Wherever they are in the world, Muslims are expected to face the Kaaba when performing Salah, the Islamic prayer.

One of the Five Pillars of Islam requires every Muslim who is able to do so to perform the Hajj (Arabic: حَجّ‎, Greater Pilgrimage) at least once in their lifetime. Multiple parts of the hajj require pilgrims to make Tawaf (Arabic: طَوَاف‎, Circumambulation) seven times counter-clockwise around the Kaaba, the first three times fast, at the edge of the courtyard, and the last four times slowly, nearer the Kaaba. Tawaf is also performed by pilgrims during the ‘Umrah (Arabic: عُمْرَة‎, Lesser Pilgrimage).However, the most significant time is during the hajj, when millions of pilgrims gather to circle the building during a 5-day period. In 2017, the number of pilgrims coming from outside the Kingdom of Saudi Arabia to perform hajj was officially reported as 1,752,014 and 600,108 Saudi Arabian residents bringing the total number of pilgrims to 2,352,122.

Specially thanks to Aru for making such beautiful work.. May Allah bless you and your family.. 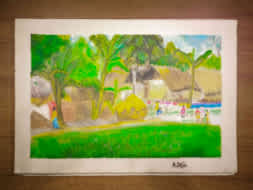 The Charm After Rain 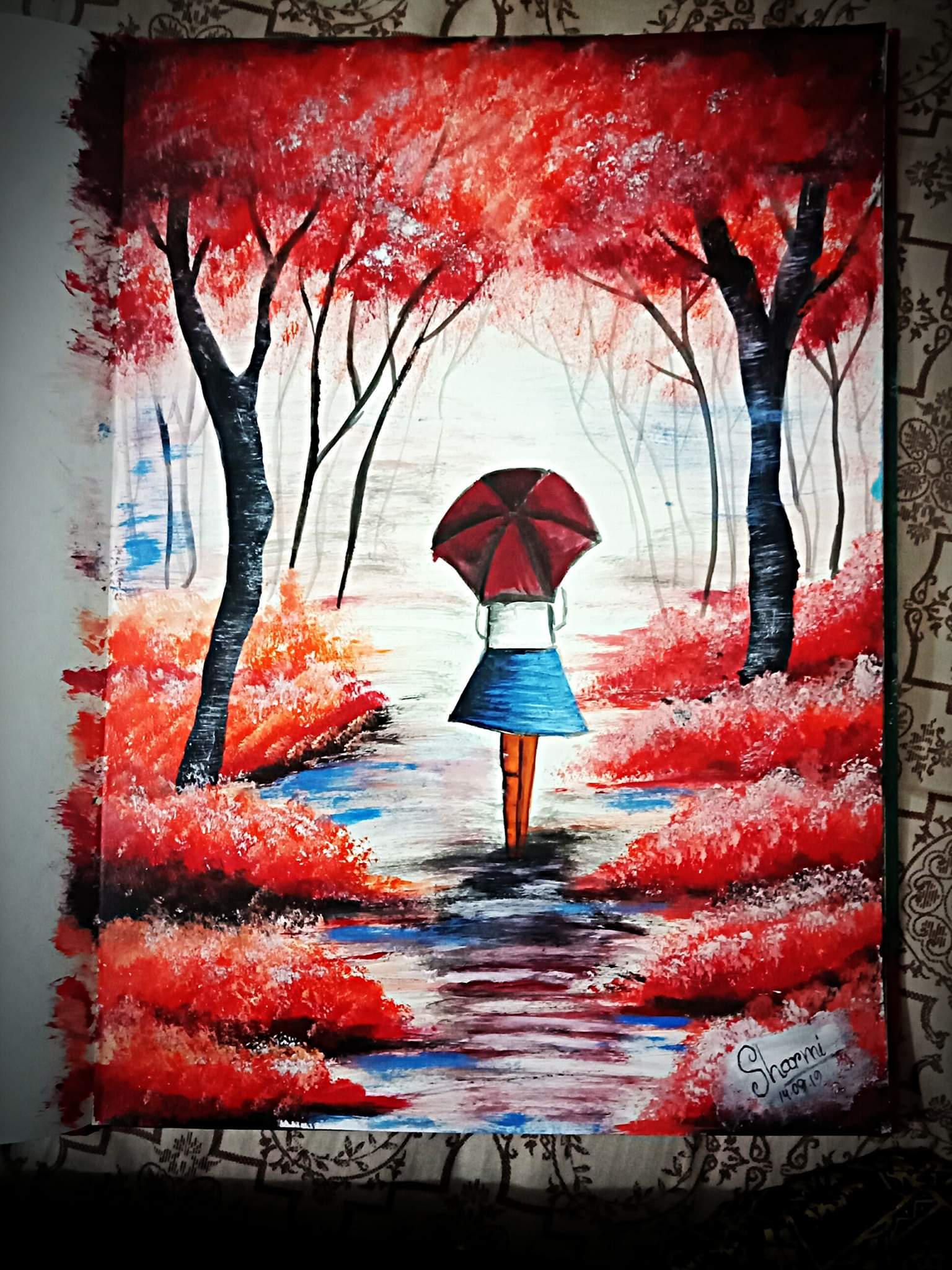 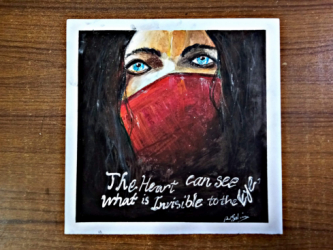 
Many YouTubers or artists make many videos of detailed steps for drawing eyes. I was watching some of the videos like “how to draw a realistic eye, how to draw eyes easy, how to draw eyes for beginners, etc”.. that’s why I tried to make something …